The Chapter We Don't Want Read Aloud, or Here's Your MCHS Newsletter

- May 20, 2014
Recently, I wrote a set of crime stories for the May issue of the Madison County (Illinois) Historical Society newsletter as their guest author for the second time. Meanwhile, a meme I'd seen circulating on Facebook kept trying to surface in my mind - something to the effect of, "We all have a chapter we don't want read aloud." Well, a serious crime has such a traumatic effect on the victim's life, and yes, also on the perpetrator's life, that it IS a chapter that one doesn't necessarily want read aloud. And then in sweeps the reporter...or the crime writer...and reads that chapter out loud. Because those are the chapters that are interesting, or show a moral to a story, they appeal to a wide audience.

Last week the newsletter was printed and mailed to members. And hopefully, if you reside in or near the Madison County, Illinois, area, you are a historical society member and have received a copy of this issue. There'll be a stack of FREE ones given out at the History Tent at the Edwardsville Route 66 Festival June 13-14 to entice you to join. 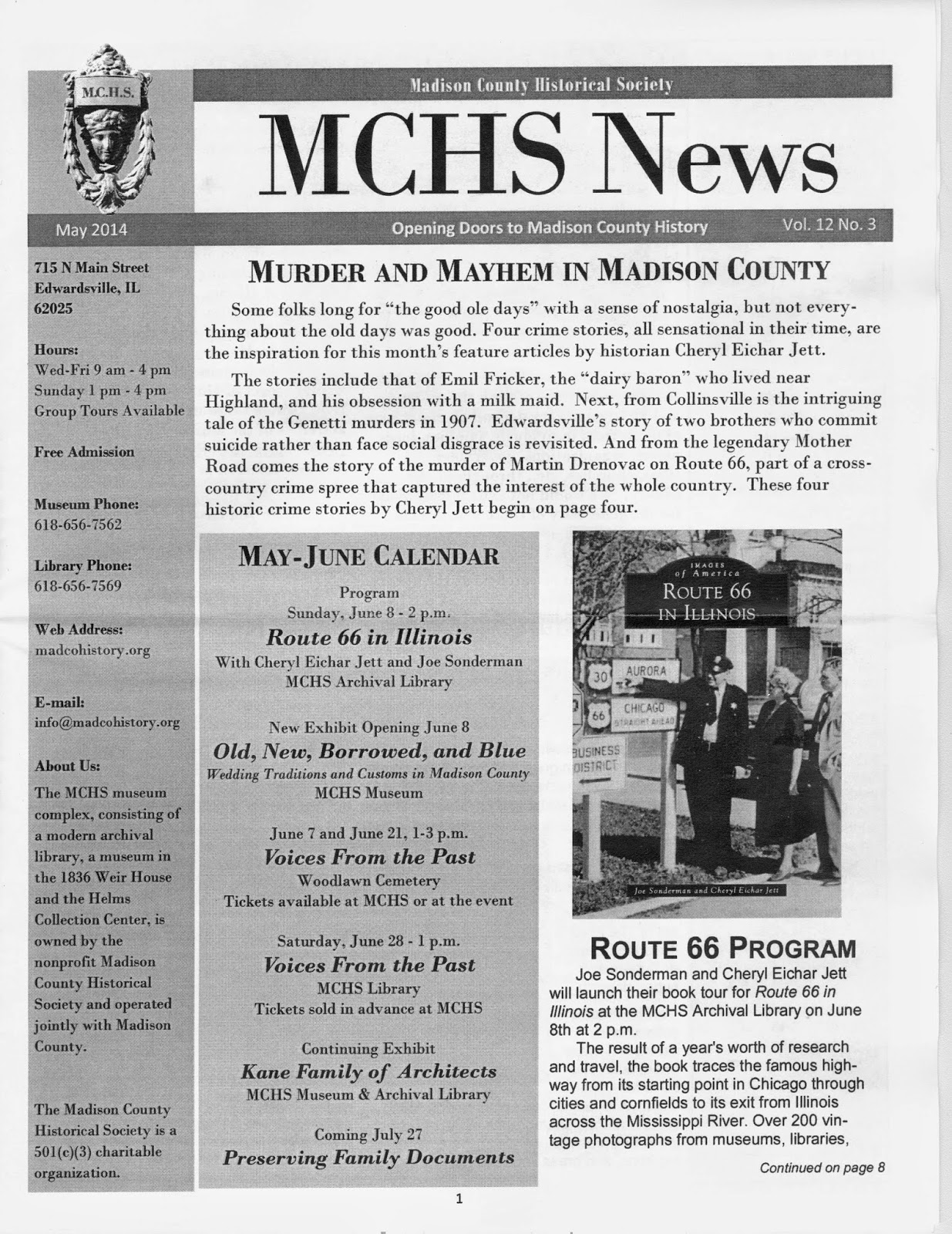 Also in this issue, there's a press release inviting you to join us at MCHS Archival Library on Sunday, June 8th, for Route 66 in Illinois, the FIRST program and book signing by my esteemed co-author Joe Sonderman and me to launch the new book.

Now maybe I can get that meme out of my head.
Madison County Route 66 in Illinois