- August 19, 2014
A breakfast meeting at the Hot Rod Cafe was the last official act before leaving Kingman for seven of us that attended. I'm sure it was not the last official act for Jim Hinckley, who arranged the meeting and reserved the space. Jim and his wife Judy have devoted themselves to the successful production of this festival for many months. And more than pulled it off, I might add. I know that Jim is as devoted to the final wrap-up, assessment, and future conference plans as he was with the planning and production of this very fun and valuable event.

So on Sunday morning, Jim and Judy, plus collectors extraordinare Mike and Sharon Ward and Steve Rider, Dries and Marion Bessels, representatives of the Dutch Route 66 Association, Kaisa Barthuli, Program Manager, National Park Service Route 66 Corridor Preservation Program, and I gathered at the Hot Rod Cafe. We enjoyed some good food and a discussion of the development of the contemporary Route 66 conference, from the World Monuments Fund's Anaheim conference in 2013, to the conference as an element of the 2014 International Route 66 Festival in Kingman, to the Route 66 Conference in Edwardsville, Illinois, scheduled for Halloween weekend 2015, which I announced to the Saturday evening crowd from the stage in Locomotive Park.

The dialog at our meeting flowed with positive energy, questions directed to me and to Jim on the format for the Edwardsville event, and ideas, suggestions, and support were forthcoming. The one downside was the fact that since the Edwardsville conference was just confirmed a couple weeks before Kingman and as a result, this breakfast meeting could only then be called, many who were invited already had Sunday travel plans scheduled and could not attend. It's important at this early stage to note that the Route 66 associations, the chambers of commerce along the route, Route 66 business leaders, and others will be contacted in coming weeks for their input on the Edwardsville event.

After the meeting and everyone's goodbyes and safe travel wishes, it was time for me to take off from Kingman and head east. I stopped for awhile in Seligman, a delightfully quirky town to visit, and one that would not be the tourist destination it is without the efforts of the Delgadillo brothers. Angel Delgadillo, longtime barber and barbershop owner in Seligman, worked diligently for the preservation and resurgence of Route 66, particularly in Arizona. (Angel was one of the legendary heroes honored in the new Walk of Fame dedicated during the festival.) Brother Juan Delgadillo established the Snow Cap Drive-In in Seligman. Juan passed away in 2003, but the Delgadillo family still operates the must-stop attraction. It's said the Snow Cap is one of the most-photographed stops on Route 66. I believe it. Seligman was packed with tourists Sunday afternoon, getting their kicks in all manner of ways - photographing, shopping, eating, strolling. I believe I was one of the few Americans in line at the Snow Cap. Here are a few of the sights from delightful Seligman for your enjoyment! 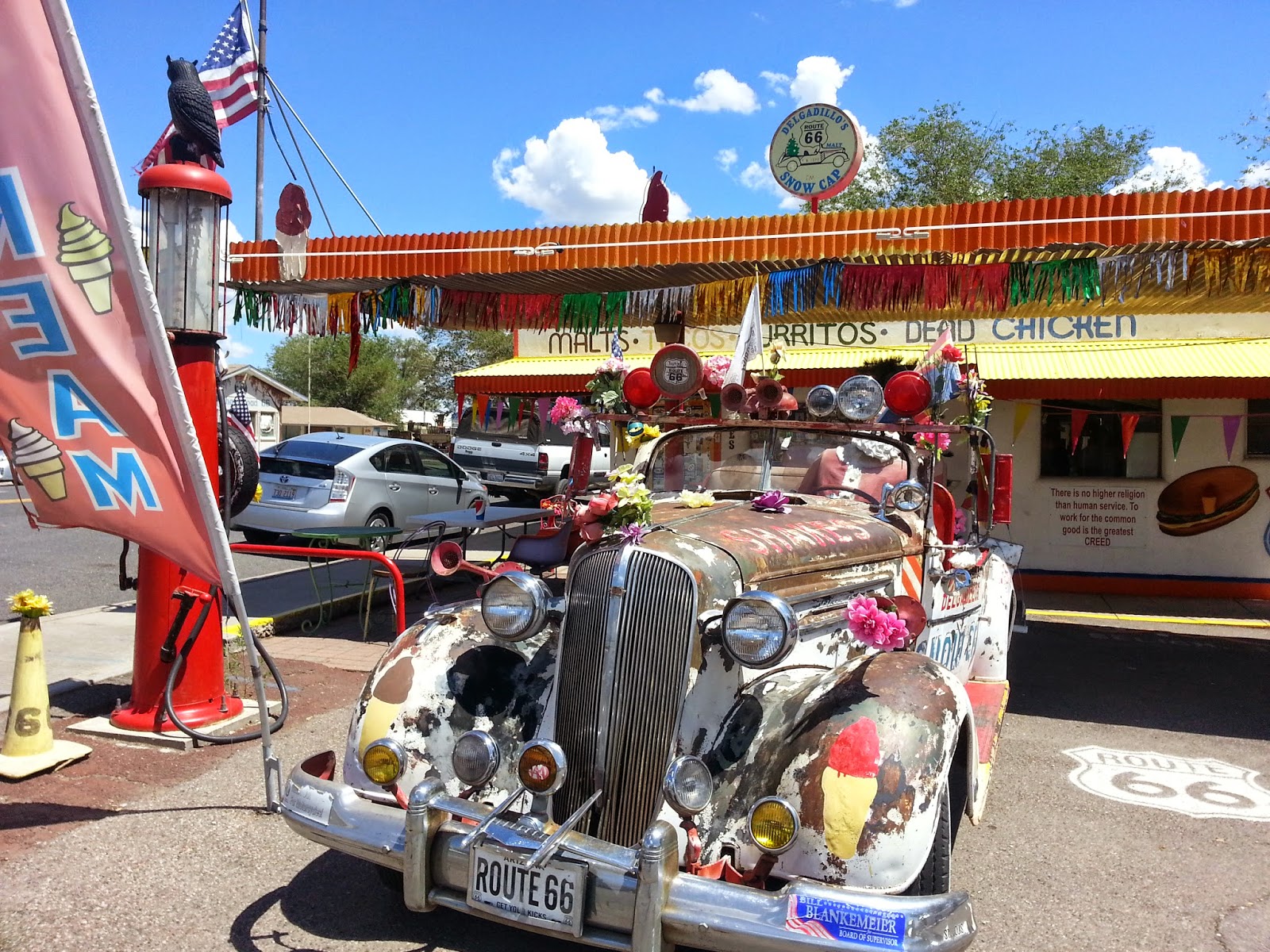 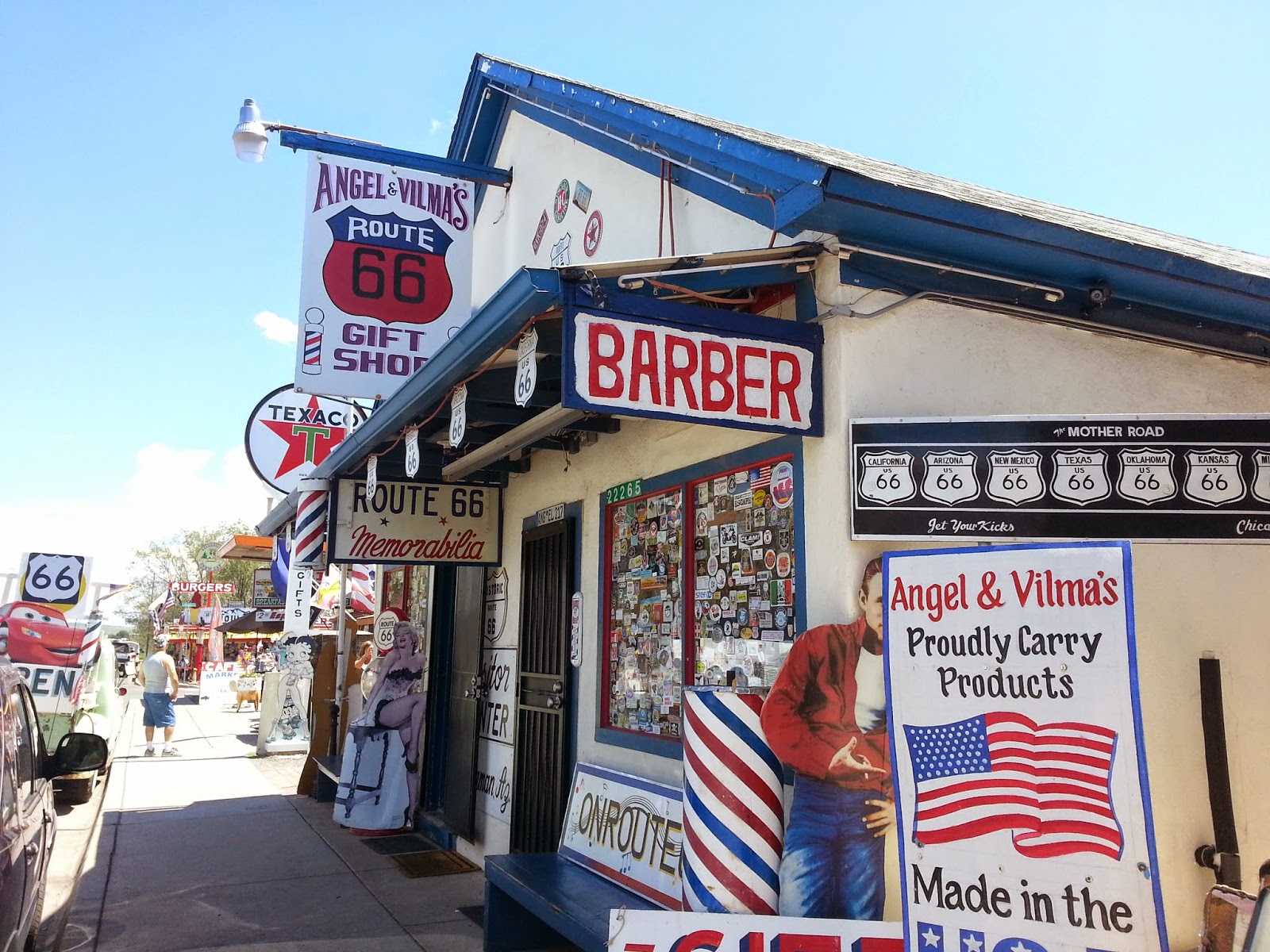 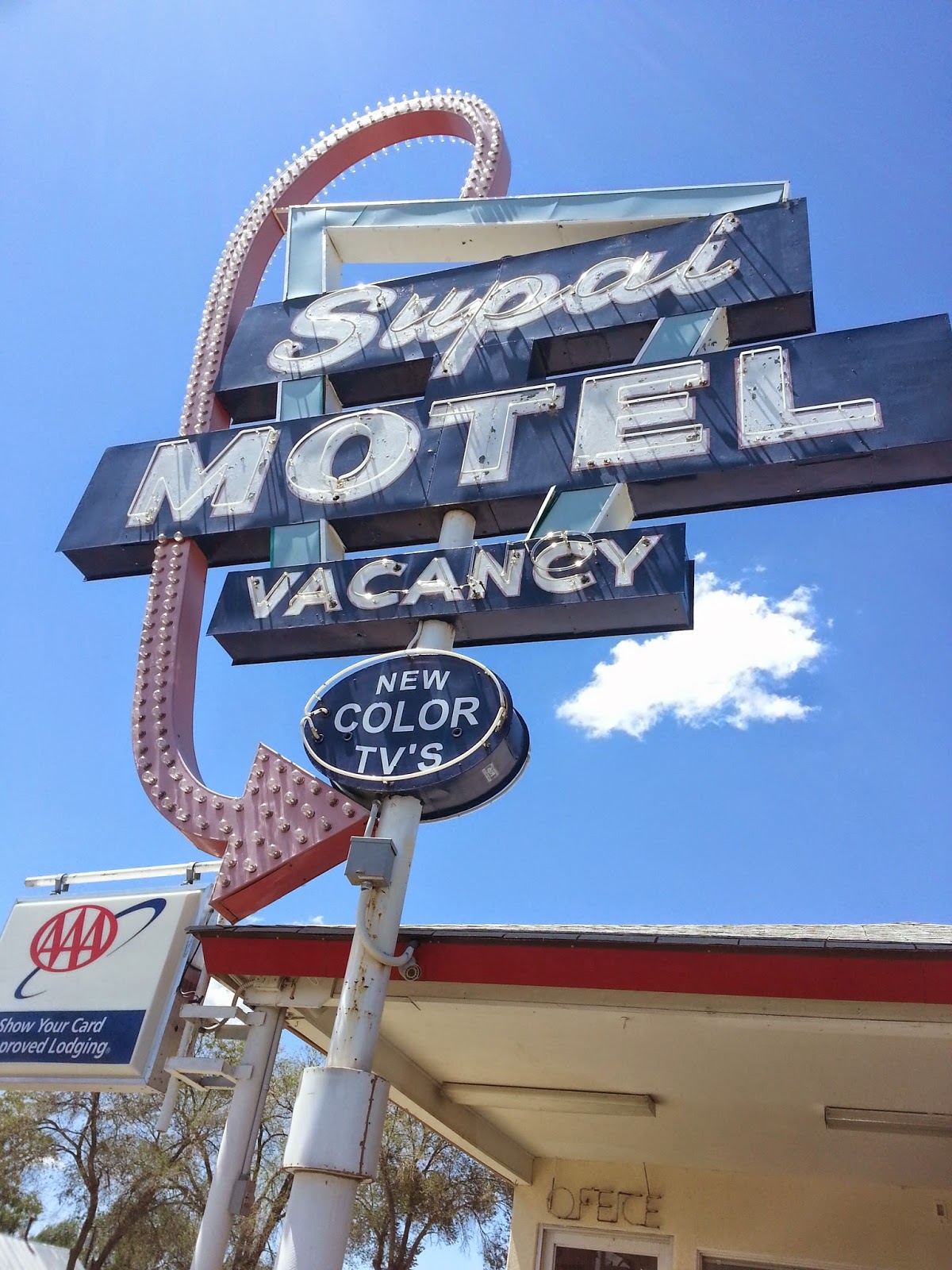 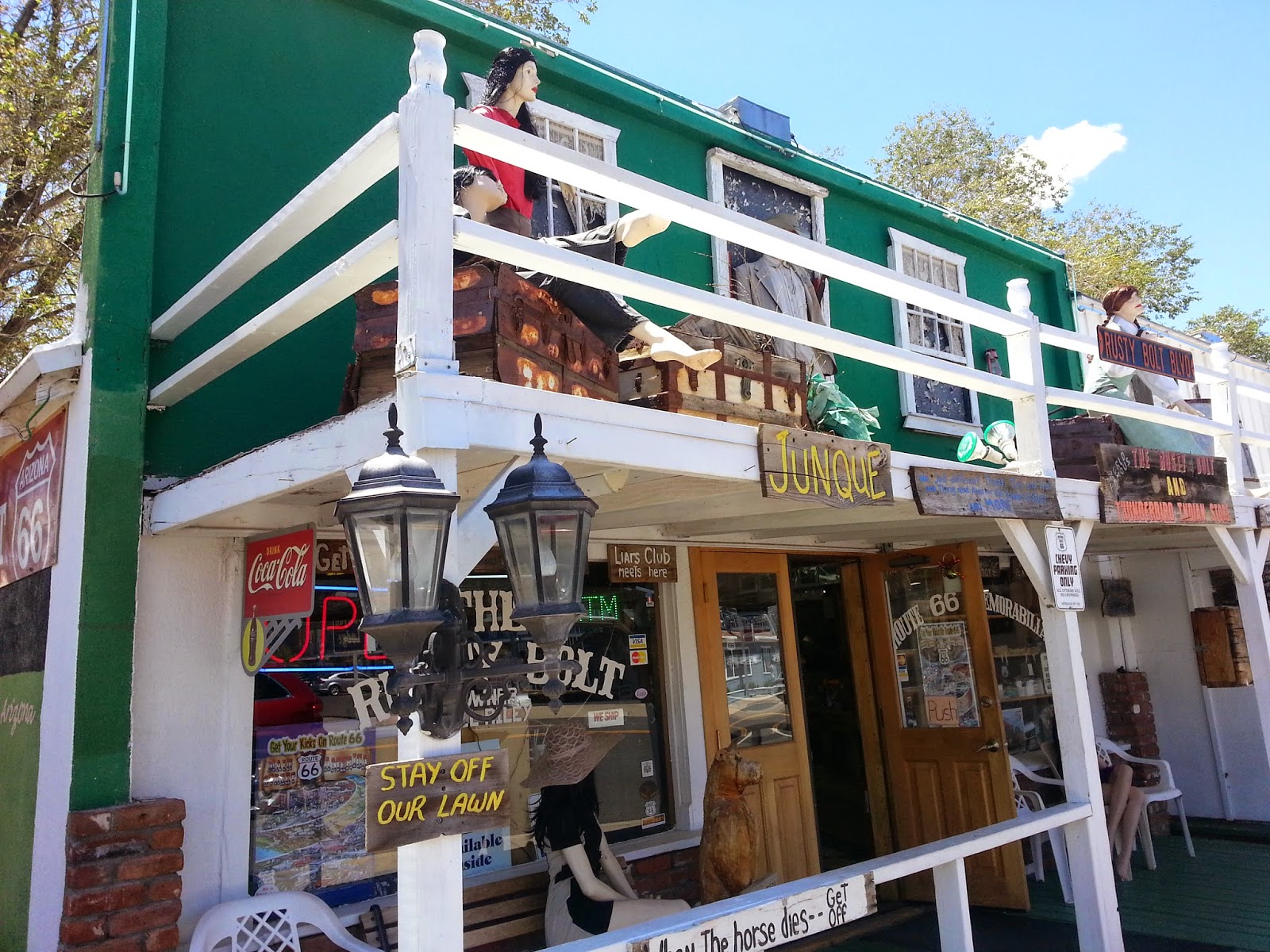 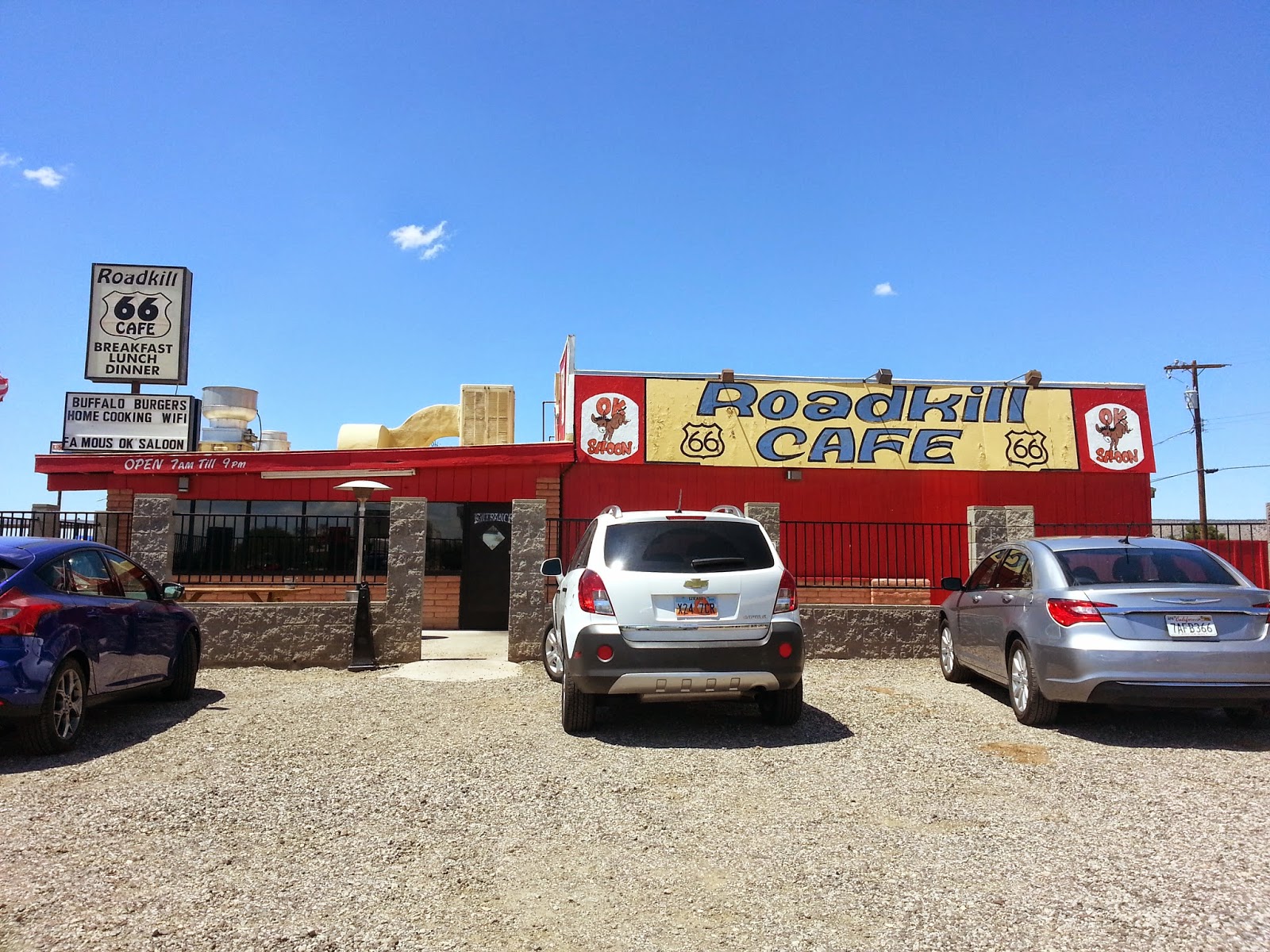 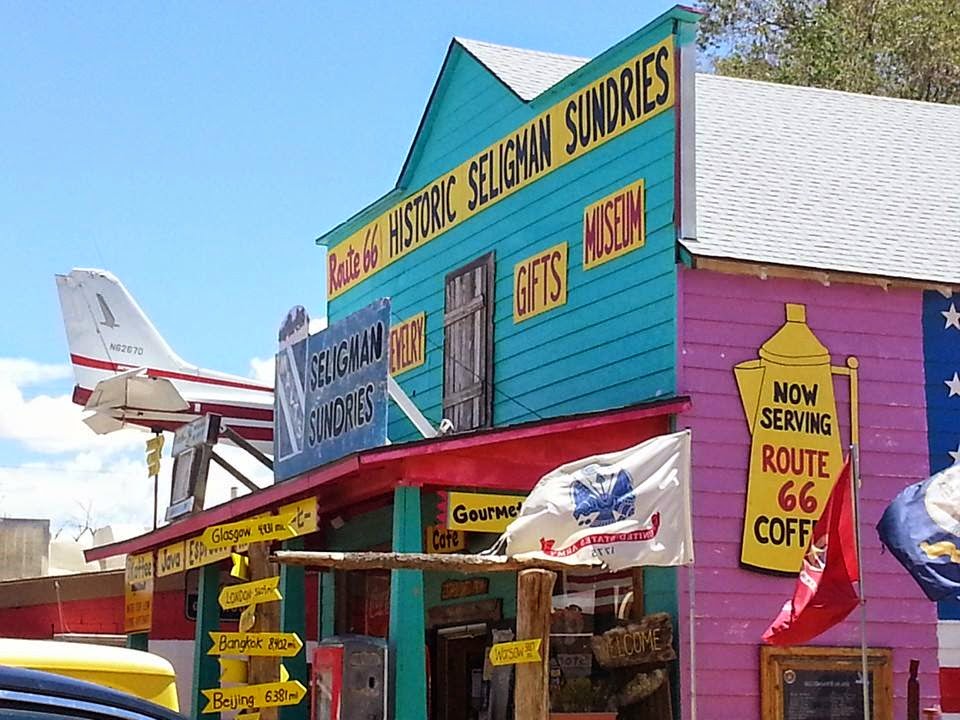