Showing posts from September, 2015
Show all

Day #6 of another road trip - Elk City to ABQ 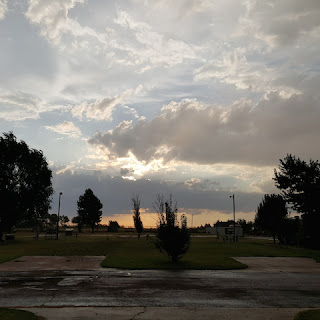 Sunday began with light rain, a stiff breeze (it was Oklahoma after all), and a pretty morning sky, which cast a flattering light even on the campground at which I'd stayed. I had passed up the super nice Elk City/Clinton KOA, which is actually at Canute, because I wanted to get more miles behind me.  But by the time I got to Elk City I was feeling tired and decided to stop. I had found a nice-looking RV Park online called Elk Creek RV Park. Thinking I'd found it, I stopped. As I paid, I found I was at Elk RUN, not Elk CREEK. Darn, I was at the wrong one. I hate it when that happens. This one had the most atrocious bath/shower rooms I've ever seen. Suffice it to say that I don't plan to stay at that one again. Do yourself a favor and don't you stop there, either. In Texas, I made just two stops - one at a book store in Amarillo for another audiobook, and one at the Mid Point.  When I'm on the way to visit my kids, I just want to get there!  On my way bac
Post a Comment
Read more

Day #5 of another road trip - some exploring 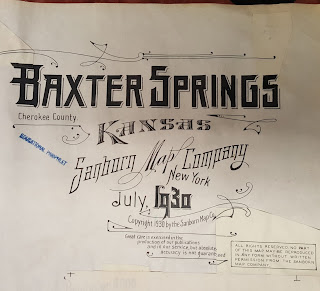 Day #5 of this trip found me back in Baxter Springs for part of one more day, after packing up for the last morning in Miam-uh OK. I stayed four nights at a fairly nice campground, although it was awfully loud at night (especially the night it stormed). One night I said to one of the campground owners, "It's quite loud tonight." "Oh," she explained, "They're all set up with their TV watching the game outside." Oh. I see. Anyway, I did some exploring this morning, first via 1930 Sanborn maps at the Heritage Center and then via Prius around Baxter Springs. You can take this "broken arrow" as a peace offering or you can mourn its demise. The building under it is in just as bad shape. This may have been one of the drive-ins I've been looking for. Here are a couple shots of the crumbling remains of the electric railway bridge across the Spring River. This is still in existence due to the efforts of local history and preservat
Post a Comment
Read more 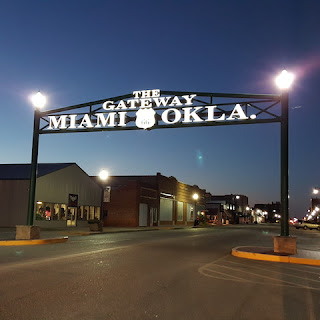 This morning I heard from three of our conference speakers on various details about their presentations. Wow! What an amazing gathering this event is going to be! If you've been thinking about registering for our Halloween weekend event, this would be a great time while you can still get rooms in our host hotel block at the discounted rate.  www.bluecarpetcorridor.org/rt66conference Today I had a long, good, productive day up in Baxter Springs. I spent most of the day at the Heritage Center down in the archives, finding a few more goodies and scanning them. Then it was out and about town to take  some photos and also compare sites with old photos. This evening I made a special trip back downtown in Miam-uh to grab some Blue Hour neon shots of the Waylan's KukuBurger and Coleman Theatre signs. But for whatever reason, neither one was on! So i settled for these. Happy neon dreams, everyone.
Post a Comment
Read more

Day #3 of another road trip - too much perfume, a nifty drawing, and some comfort food 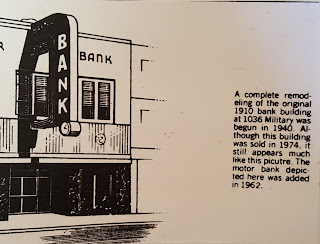 Some days are definitely better than others, especially when it comes to research or writing. I know I'm preaching to the choir here, my writer/blogger/artist friends. Yesterday was such a great and productive day, it would have been hard to equal it, much less top it.  I worked on the book all morning and that went well. This afternoon I went to the county historical society. (That was where I was going to go the last time I was down this way but got sick the night before with either food poisoning or stomach flu. Blech.) So today I finally got there. One of the ladies had cautioned me previously on the phone that she didn't think they'd have an awful lot we could use, since she knew (from me) that Joe and I had pretty thoroughly combed through the Baxter Springs and Galena archives. But not wanting to leave any stone unturned, I went, just in case. I did find a few interesting tidbits, including this nifty drawing of the Baxter State Bank, which you'll recognize a
Post a Comment
Read more

Day #2 of another road trip - Productive 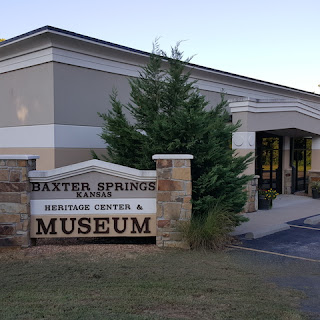 Today I managed to shrug off my time-management-deficiency guilt from yesterday and just be productive. Of course, not having to drive 335 miles today, most of it in the rain, helped both my time management AND my mood. It was a lovely day. This morning I did a media interview by phone about the upcoming conference. Wow, the interest and momentum are really growing. The new format of this event coupled with the amazing lineup of Route 66 experts all descending upon Illinois, much less Edwardsville (a charming Route 66 city with a less than stellar past of promoting it) is creating some local buzz. (Seriously, dear readers, if you are not signed up for this event, go to the website, check it out, and then ask yourself why not.) Back to my morning. Conference (and book) details, communications, and posts plus a nice walk finished up the morning hours.  This afternoon I spent at the delightful Baxter Springs Heritage Center, happy as a clam down in the basement archive room. They ha
Post a Comment
Read more 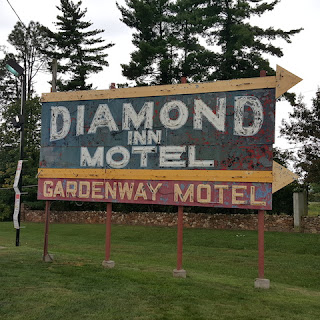 Most of you know that I've been putting in a lot of hours as volunteer conference director for Miles of Possibility. A lot of hours. Oh, and co-author Joe and I have a book submission deadline yet this month. More hours. So, another road trip right now seemed crazy. Yet, I needed to get to my research institutions in Kansas one last time before we wind up the book. And it made sense to do some promo stops for the conference to hand out flyers, talk up the event, issue personal invitations to attend, and so on. Okay, it even made sense, once I was in the Tri-State area, to go ahead and drive the rest of the way to Albuquerque for a visit with daughter and son-in-law. (And have MORE stops to promote the conference!) The result of all that rationalizing:  I loaded up my trusty Prius and headed out yesterday morning  the middle of the afternoon after I finally got caught up enough on work to leave. As I'm sure I don't need to tell you, most of us roadies try to drive on
Post a Comment
Read more
More posts