- May 30, 2014
It's virtually impossible to be in Albuquerque and not find yourself on Central Avenue/Route 66. Besides the soaring “Big I” and its interstate arteries, I-40 and I-25, Central is still the lifeblood of the city. I can remember stops on 66/Central when I was a child on trips with my parents. I can still recall the purple sunset and the lights up and down Central. Since daughter's college days and also since my own research trips when I went back for a master's degree a dozen years ago (did my master's at SIUE, but did a lot of my research at UNM), UNM has been a frequent stop over the years for concerts, recitals, library, or book store.

And across Central from UNM is the great Frontier, with its smiling 'green light – it's your turn to order' fast, efficient service. The Frontier is celebrating its thirty-year anniversary, and it's a success story that's well deserved. It's hard to eat at the Frontier and not run into someone you know – even if you aren't a resident of Burque. Everyone eats here – students, professors, travelers, tourists, the homeless. It's a lovely mix. And breakfast is the meal to eat here. Over the years, this restaurant has been added onto until there are now about four storefront buildings joined together, with walls covered in western art. 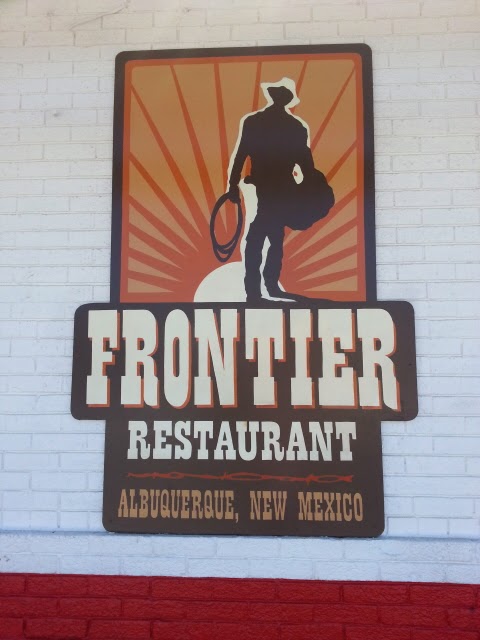 Also on Central/66 is the hugely popular Kelly's Brew Pub, and that brings me to the 'It's a Small World' part of this post. Kelly's, an institution now on Central, was once home to the Jones Motor Company and Ford dealership. The building, designed in Streamline Moderne style, has been on the National Register since 1993. Now for the small world part. While I was in New Mexico, an old high school classmate of mine, Jen Hittmeier Norman, messaged me on Facebook with a wonderful story. Did I know that her mother was once married to Tom Danahy, the architect of the Jones Motor Company building? No, I did not! Jen and I were several high school classes apart way back in Litchfield, Illinois, and so were not close enough that I ever knew. Jen, thanks so much for sharing. 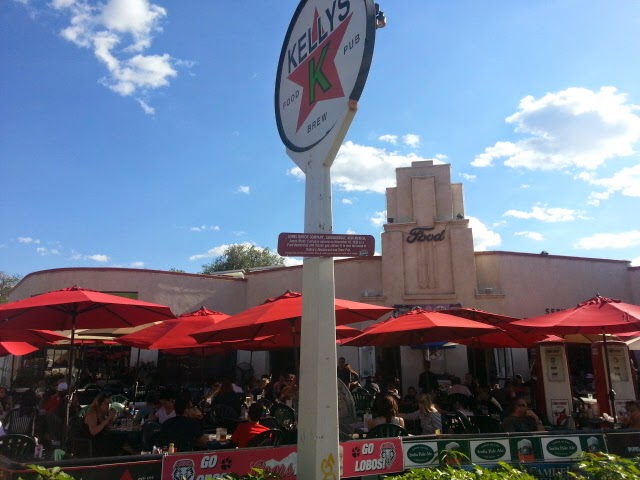 Danahy, a prominent architect in Albuquerque, was the designer of the El Rancho Market at the intersection of Yale and Central and also many homes in Albuquerque's Country Club area throughout the 1930s and 1940s. In 1939, Danahy was commissioned by Ralph Jones, founder of the Ford dealership, to design a modern building at 3222 Central Avenue SE/Route 66 to serve as the home of the Jones Motor Company. Jones was a prominent Albuquerque citizen and a staunch promoter of Route 66. Sadly, Danahy died in a fire in 1943. Jen told me that her brother, Dan Danahy, although very small when his father Tom died, inherited his father's artistic talent. In 2000, Kelly's Brewery bought and restored the Jones Motor Company building. 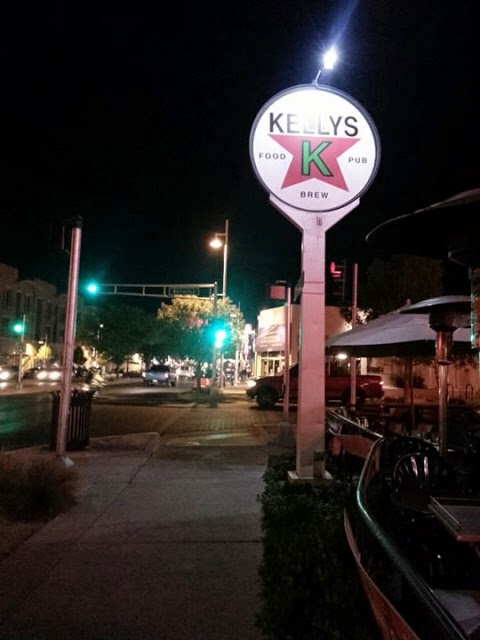