- February 10, 2016
On Thursday morning (January 8), I was ready for a few hours of soaking up history before I headed for home. From the Nashville Music City KOA, I drove back south through Nashville to the small city of Franklin.

My mom and I had visited the Carnton Plantation and the Carter House in Franklin a dozen years ago. Since then, I had read Widow of the South, the spellbinding novel by Robert Hicks, which is based on the true story of Carrie McGavock. And so I was ready to return. 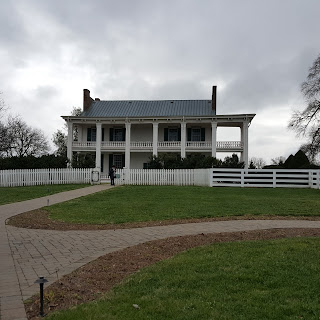 The Franklin area was part of the last big campaign of the Civil War, and the Battle of Franklin played out around and within the city in 1864. At the Carter House, the family sought refuge in the cellar while the battle raged white-hot around their home. When you take the tour, guides are quick to point out the bullet holes and chips in the bricks. Read more about it at The Carter House.

Carnton Plantation was the home of John and Carrie McGavock, but it was taken over by Confederate forces to serve as a hospital. Casualties were horrendous during the five-hour battle, and Carrie found her home literally running with blood. Limbs piled up while surgeons amputated, leaving bloodstains on the floors which are still visible to this day. Officers and foot soldiers alike were treated there. By the next morning, four Confederate generals lay lifeless on the back porch. 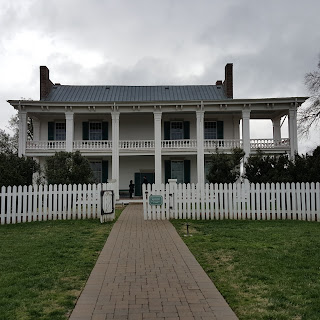 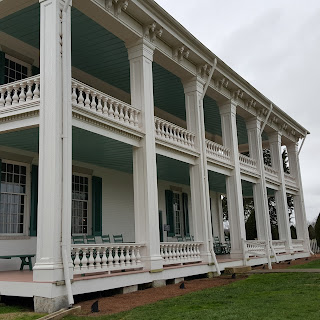 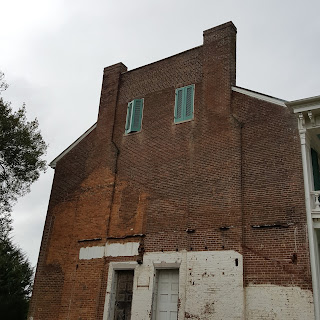 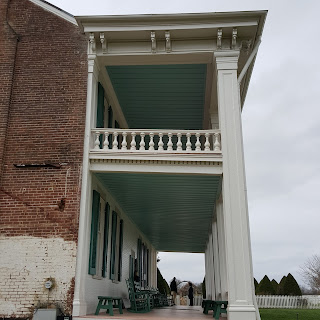 In the years since my mom and I visited, a visitor's center and gift shop had been constructed by the parking lot. It functions as an admissions gate, and the exhibits and gift shop are a nice addition. However, the view of the stately old house as you approach it via the brick lane is completely ruined. I don't begrudge historic site and museum fees in the least. (Museum studies and a stint at a world-famous historic site are part of my past.) And, although the design of the building itself is not terrible, the placement of it between the lane and the house was a poor decision, in my opinion. 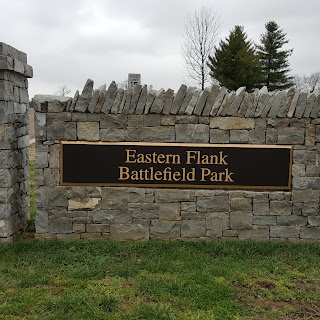 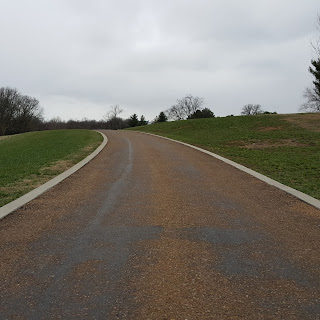 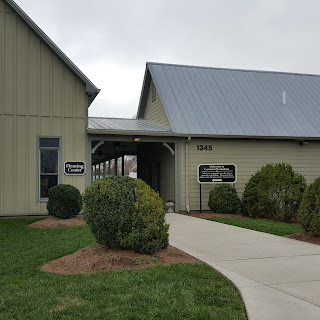 All my photos of the house were taken after I paid admission to the grounds and went through the covered walkway, above. I couldn't bear to go in the house. It was enough to peruse it from the outside and then visit the cemetery.

A year and a half after the battle, in 1866, the McGavocks designated two acres of their land for use as a cemetery for the nearly 1,500 Battle of Franklin Confederate soldiers. It became the largest private military cemetery in the U.S. and was maintained by the McGavock family until 1911.

In the 1970s, Carnton was placed on the National Register of Historic Places and the property was donated to the Carton Association.

Besides Widow of the South, two other books you might be interested in are A Separate Country:  A Story of Redemption in the Aftermath of the Civil War, also by Robert Hicks, and Shrouds of Glory - from Atlanta to Nashville:  The Last Great Campaign of the Civil War by Winston Groom (author of Forrest Gump). 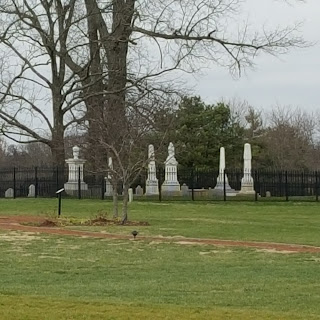 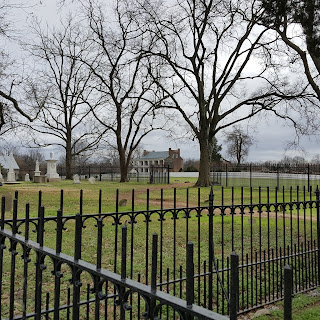 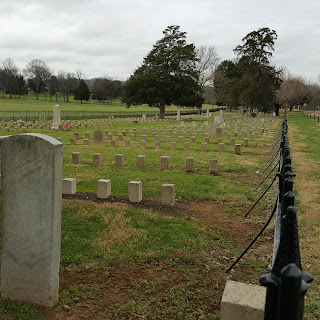 The cemetery is a grim reminder of a terrible chapter in our country's history. I was soon ready to mentally return to the present day. The McGavocks and the Carnton Society did their jobs well. There was nothing that I could do, except maybe share the knowledge of this place with some who didn't know of it.

I drove downtown. Franklin is a happening town, with college students and tourists packing the streets, shops, and eateries. Puckett's Grocery and Restaurant was my lunch stop of choice, and it didn't disappoint. This grocery/eatery/catering/live music spot is a huge favorite, both of locals and tourists. 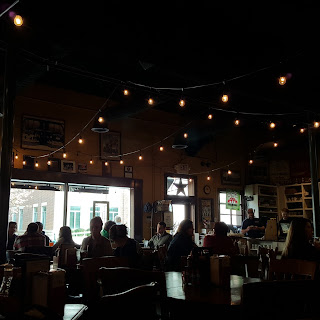 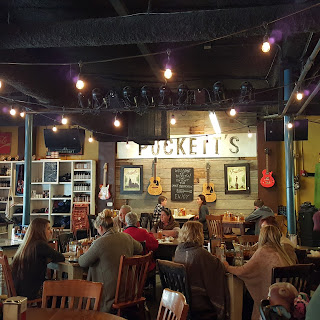 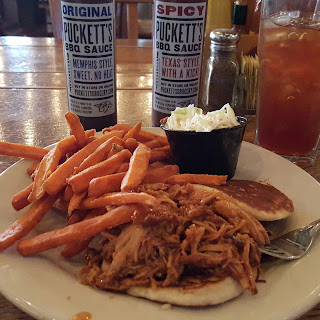 I had the pulled BBQ chicken on a Cajun Corn Cake with sweet tater fries and cole slaw. My, my. After all that, I needed a nap. But armed with a to-go cup of more iced tea, I headed north out of Franklin. Up on the north side of Nashville, I stopped at a new winery, Fontanel, for a couple wine gifts. Then I resigned myself to about five hours of interstate. I crossed the Ohio River into Illinois at dusk. Some coffee and a snack at Marion fueled the rest of the trip home and I arrived in Edwardsville about 9:00 pm, ready to rest a bit and dream of future road trips.
Carton Plantation Franklin Puckett's Tennessee