- August 14, 2014
Arrived Kingman last night as the last pink-tinged bit of western sky slipped down behind a silhouette of purple mountains, with the lights of the city spread out down below. If you just started following my blog, I'm here for the International Route 66 Crossroads Past and Future Festival. All roads lead to Kingman for this weekend's event! For us hard-core Route 66 devotees, we've been waiting for this weekend ever since Jim Hinckley announced the event a year ago at the closing festivities of last year's International Route 66 Festival in Joplin, Missouri.

With a mini-conference, an exposition of collectors and authors (including me), a Route 66 film festival, side trips and attractions, and the Road Crew band, no one is going to run out of fun this weekend. Facebook posts, photos, comments, and greetings have been flying the past few days as everyone nears their destination.

At the closing festivities here on Saturday evening, I will be privileged to make an announcement about a new Route 66 event in my adopted home of Edwardsville, Illinois, in 2015! Stay tuned for details! 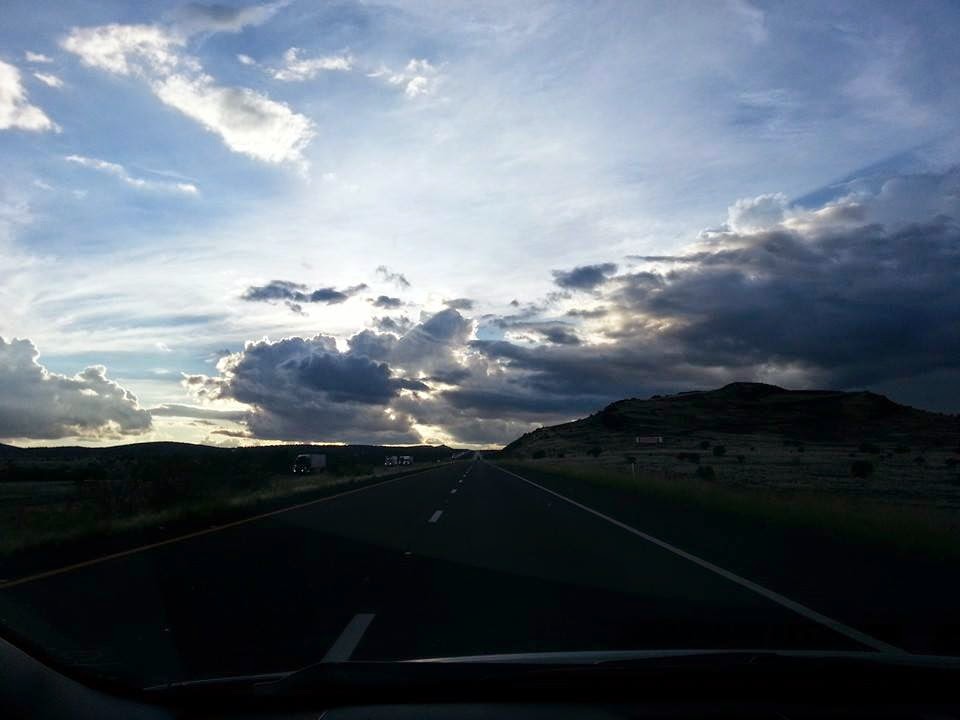 Holbrook, Arizona, was the halfway point in my drive today from Albuquerque to Kingman, so that was my “luxury” stop for lunch, a little time out of the car to stretch, and a few photos. Here are a few sites from Holbrook. 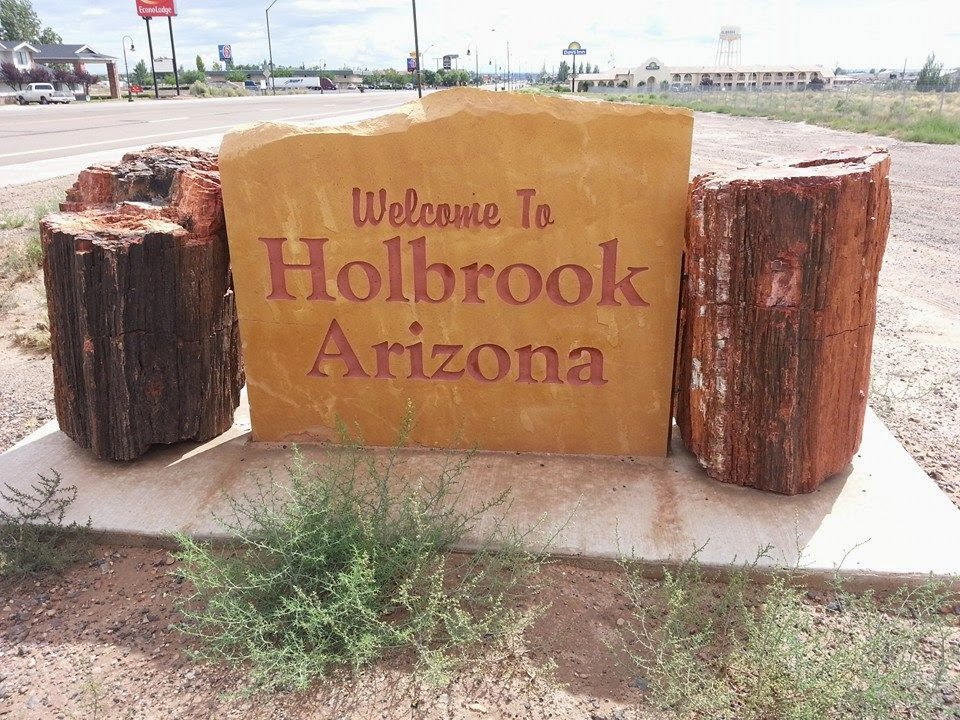 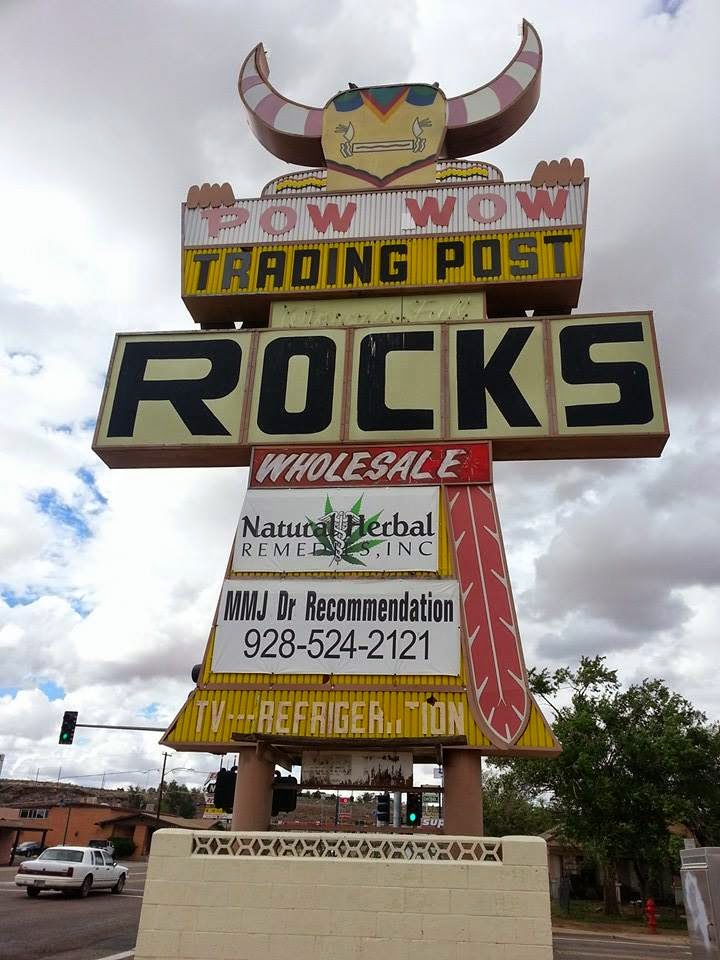 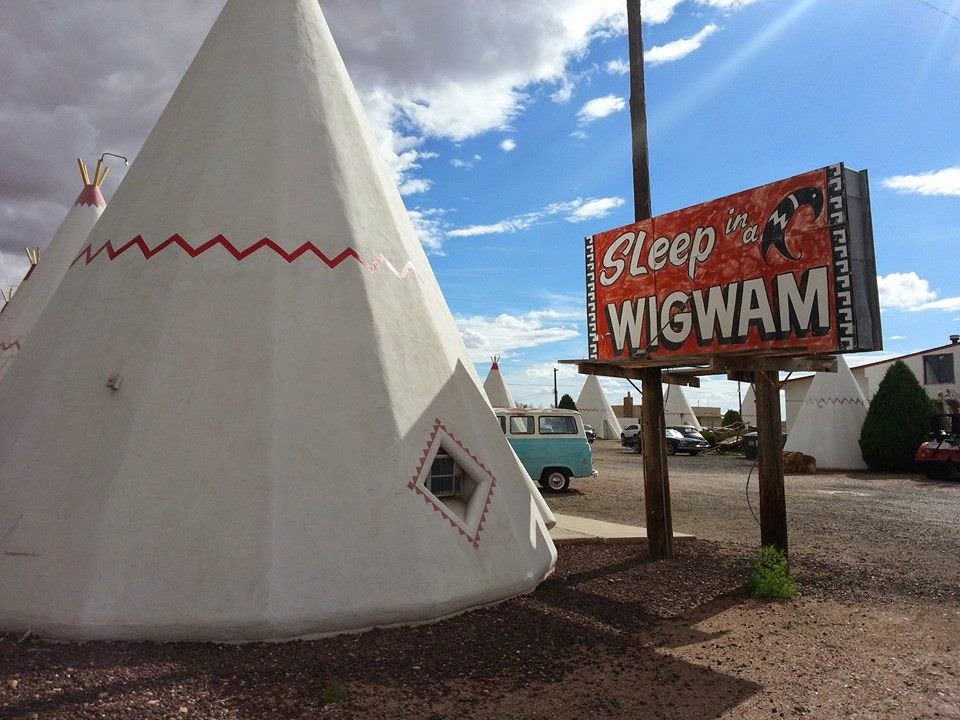